Respect for cowboy quality of life

The first generation of CowboySmart was designed to help a friend. It was built on empathy for the cowboy way of life, for the work and sacrifice it entails, and understanding that ranch management is a tough business.

That first generation of cattle management software was fueled on a debate between two men. One believed rival software could be designed to reduce a user’s time from an hour to minutes. The other sneered. In short time, that cowboy became a believer and, as neighbors do, shared the thing that was shaving hours off his workweek.

As all Cinderella stories go, CowboySmart caught fire fast. It wasn’t until a team of black-suited corporate executives caught wind of it and flew to El Dorado, Kansas, population 13,000, to poke around that its developer realized what he had.

CowboySmart will make the ranch/feedyard manager more efficient in his daily work and his feeding operation smarter, more transparent and more profitable. 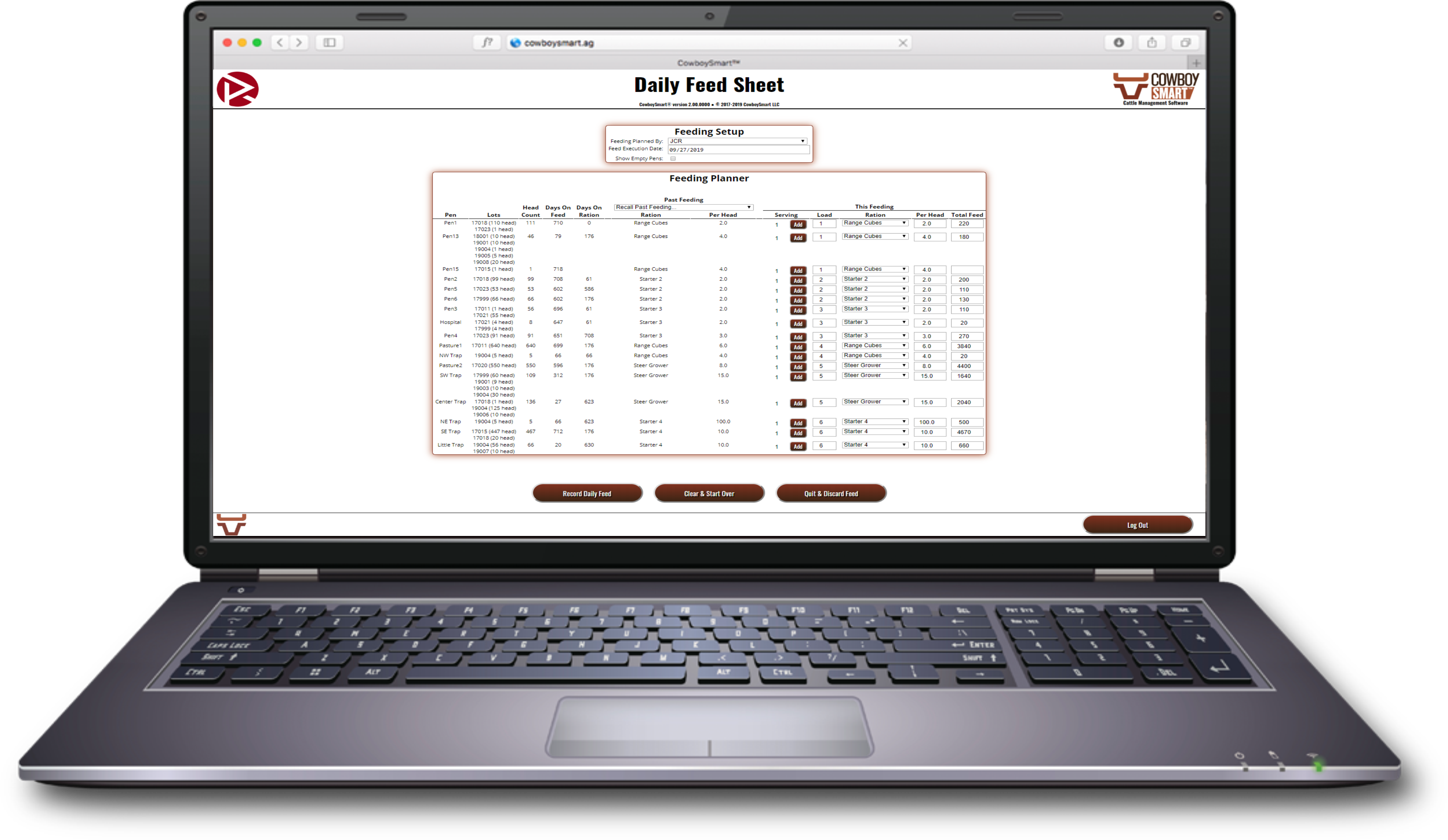 No fancy bells and whistles. No smokescreens. Authentic. As CowboySmart moved into formal development, those ethics were as non-negotiable as good code. CowboySmart came out of the chute lean and mean. The software is intuitive, designed to support the core functionality of a ranch/feedyard. It was created for fast, efficient, daily management of acquisition, supply and administration of cattle feed and medication.

CowboySmart is designed for cattle feeding operators only. The ideal user is a ranch with a feedyard.

The business world has embraced “big data.” To thrive in a competitive industry, cattle operators must follow suit. CowboySmart provides a clearer overview of the entire cattle operation, from where cattle are located to the complete history of an animal to what cattle are being fed and how they’re medicated.

CowboySmart creates efficiency for the ranch/feedyard manager, controlling cost of gain and positioning the ranch for bonuses and to make a profit. It connects vendors to customers and customers to vendors to create enhanced market competition and accountability.

CowboySmart gives ranchers/owners the data points to run a tight, efficient, cost-controlled, transparent operation. Everything is archived for easy discovery, comparison and evaluation. Most important, CowboySmart takes all the dog work out of the feeding system and frees a manager for management and oversight rather than basic math.